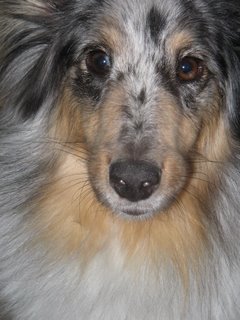 Press Release from Rocky – “I’m Okay!”
In a dramatic press release today, the normally reclusive Rocky relased a statement that despite the fact that he hasn’t been seen on the blogospher in a while, he is okay.
Rocky, or ‘The Sock’ as he is known to his peeps, had this to say:
“I know I’ve been out of the blog for a while and I just wanted to say that I’m okay. As you may know, I hate people. I hate all people with the exception of my mummy, Mummy Jennifer, and her best friend Natalie. I’m fine. I bark all the time to let you know that I hate you all, but you won’t seem to listen. Leave me alone. Unless you want to give me a treat.”
After his statement, Rocky barked for a full ten minutes and then stalked off in a huff. When asked how she felt about his statement, his pack mate, Portia, had this to say:
“Do you have any meat?”
Rocky’s people then called an end to the press conference. We’ll keep you posted as developments emerge.