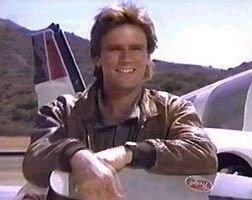 Fess up to your Strange and Bizarre Celebrity Crush!

We’ve all got ’em. Those celebrity crushes no one but you understands. And I’m not talkin’ about your Brad Pitt’s or your Angelina Jolie’s. I’m talking about the ones that make your friends stare at you with a mixture of confusion and horror. So, come on! Let it out and tell the world. I’ll go first. . . .

My Strange Celebrity Crushes – By Squirrelly Girly
1. Peter Jennings – Loved this man. He seemed so smart! So worldly! So gentlemanly!
2. Anderson Cooper – He, too, seems very smart and well spoken. Snazzy dresser.
3. Jeff Probst from Survivor – You may think this one’s not weird, but given that I’m almost 5’11” and I hear that he is short, it’s out there for me. I think it’s because he always looks so clean and well-pressed next to the slugs that are competing for a million bucks.
4. Rick Springfield – Years after he was in the zone, I will still stop and watch ‘Hard to Hold’ when it’s on TV.
5. Richard Dean Anderson – Same as Rick Springfield. I’ve got all of MacGyver on order from zip.ca. Stargate SG-1 – Got some eps on DVD. C’mon! It’s RICHARD DEAN ANDERSON. You know once, in Grade 4, my best friend at the time, her mum worked for the Calgary Herald and she told us that Richard Dean Anderson was in her building one day! We squealed like only 9 year old girls could! We were stunned! We were like, “DID YOU TALK TO HIM? Omigod! DID YOU??” and she was like, what do you want to hear, that I grabbed him and kissed him? We squealed even louder! It was the best part of evening. I think we saw Crocodile Dundee that night. . .