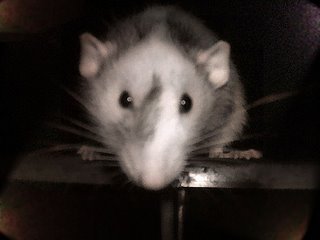 I smell a rat!
And that rat’s name is Tom Cruise. So I heard on the radio today that Tom Cruise and Katie Holmes were ‘Good Samaritans’ to a couple that were stranded by the side of the road after an accident.
Why is it that whenever Tom’s carreer appears to be taking a nose dive, there is a media story about him being a Good Samaritan? Saving a trampled fan, a car crash victim. . . .YAWN! Tom, I don’t care how many people you ‘save.’ I still think you’re weird. I can still can’t belive that the world seemingly accepts ‘Scientology’ as a real religion, but frowns and smirks upon people who call themselves Jedi’s. Why is one totally acceptable and the other the sign of a whack job? Is it the money? The fame? The elitism of Scientology?
And if a person’s brain stops making the right kind of chemical’s, Tom says this can be cured with vitamins and exercise. So, all you Tom fans out there, don’t forget that when your pancreas stops making insulin, I’m sure Tom will set you up with a nice Yoga or Pilates program and some fresh fruit and bulgar wheat pasta. Good as new!